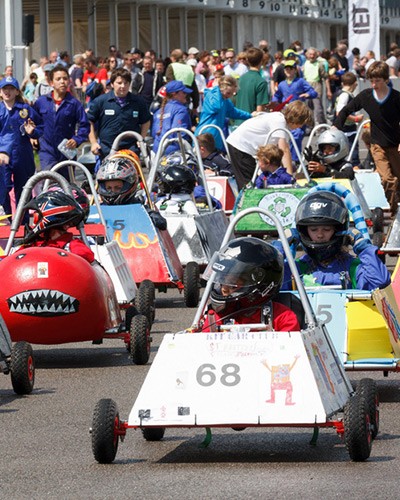 Established in 1999, Greenpower aim to promote the idea of sustainable engineering and technology through engineering projects. It also encourages students to consider engineering as a possible career choice. Students from across the country are invited to assemble electrically powered kit cars or design and build their own and compete in national formulas which run throughout the year, competing at events around the country including some of well known motor circuits. The project receives support from a number or organisations and patrons, including Siemens, the IET and Goodwood circuit owner the Earl of March.

Since that first event in 1999 Greenpower has expanded significantly and now works with 500 schools and over 8000 students around the UK.

BPD Manufacturing Solutions first got involved with Greenpower in 2007 assisting St Paul's Catholic College in Burgess Hill, West Sussex to design and build a car to compete in the 4 hour endurance races within Formula F24. Since then BPD Manufacturing Solution's involvement has grown and in 2012 were commissioned to design and develop a new F24/F24+ car. The brief was to enable the car to be assembled and disassembled each year if required.